Have You Ever Heard About Mirror Neurons Sex? 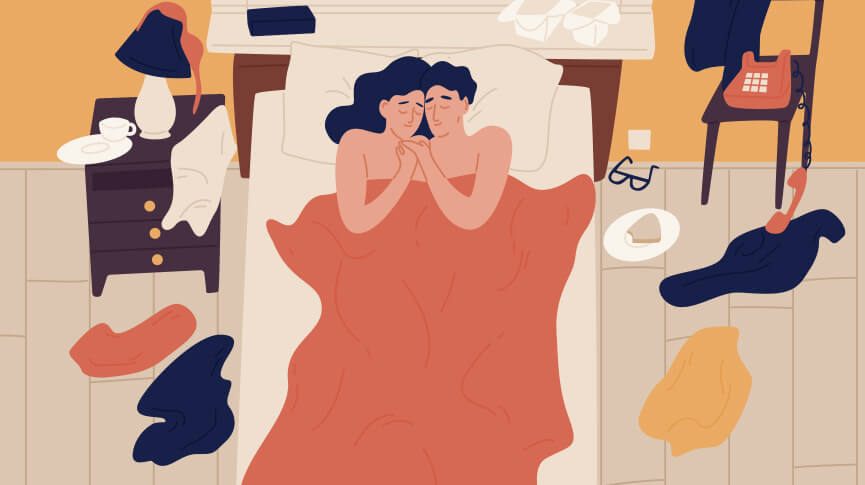 The science of intimacy and sex is a widely untapped field, despite more recent innovations and explorations into it. There are so many variables that go into intimacy, connection, pleasure, and everything else that makes up our sex lives.  There’s no doubt about it, the brain plays a huge role in how and when we connect with sexual partners and the pleasure we experience with them. Have you ever tried to be intimate with someone that you didn’t connect with on a mental and emotional level? It might feel like something is just missing.  Despite our somewhat limited understanding of human neurology and sexuality, we have been able to observe quite a few cool phenomenons. Like the power of the mirror neuron system and its role in sex.

What Are Mirror Neurons?

Mirror neurons were first observed in the macaque monkey about thirty years ago. Their discovery has opened up a huge discussion on how we generate our actions and how we observe and interpret other people’s (or primates’) actions. The phenomenon was discovered when scientists realized that the same neurons, or nerve cells, were fired when someone did a certain action, as when someone observed it. The theory is that mirror neurons help form the foundations for imitation learning, language development and evolution, emotional intelligence, and empathy.  Mirror neurons help primates, including humans, bridge the gap between what is being done, why it’s happening, and reproducing the same action. Think of a baby or toddler learning to speak, socialize, and be in the world. Mirror neurons play a huge role in this.  So what do they have to do with sex?

What is Mirror Neurons Sex?

Even if you’re not the most scientifically savvy, you certainly have the lived experience of being a human and interacting with other people. So you can probably draw the logical conclusion that mirror neurons play a huge role in sexual behavior and interaction. One study by Bangor University and Royal Holloway, University of London found a link between mirror neurons and sex that they coined the ‘Erogenous Mirror’. This theory claims that we subconsciously instigate mirror neurons by touching our sexual partner where we want to be touched.

In this study, researchers asked participants of all different demographics and sexual orientations to fill out a questionnaire about their arousal levels when touched on certain areas of their body and in different sexual situations.  This shows a clear mirroring in the preferences for where they liked to be touched versus where they liked to touch their partners, backing up the idea of mirror neurons and the role they play in sex.

What does That Mean?

The erogenous mirror theory also explains why we get pleasure from touching and looking during sexual interactions. The researchers that developed it claim that we treat our partner’s bodies like our own, blurring the boundaries between us and them. They theorize that when our partners look at certain areas of our body we might imagine or anticipate them touching us there.  Unfortunately, this research only reflects cis-gendered people in heterosexual dynamics so far, as researchers go on to explain the differences between men and women. Still, they found distinct differences between the healthy men and female participants they observed. Mainly that when it came to obviously sexual areas like the genitals and nipples, men preferred to touch and look at their partner’s bodies more than the other way around.

While there are limited studies on the connection between mirror neurons during sex and emotional relating, there’s most likely some sort of connection. We pick up emotional cues through observed actions – our partner’s facial expressions, movement observation, and arousal responses.  If mirror neurons play a role in the development of emotional intelligence as we grow and mature, it makes sense that they would do the same as we evolve sexually as individuals, and with partners.  There are many biological mechanisms that go into how we relate to each other sexually, and mirror neurons are one (big) piece of the puzzle.

There Are Many Levels of Communication

So much of having a healthy sex life comes down to social interaction, emotional intelligence and empathy. Being able to read and understand your partner’s cues without them having to verbalize them – although all kinds of communication are important.  Being able to read and understand each other during sex is another step in sexual arousal, it is how we develop trust, it’s how we build on relationships so that we can have deeper connections, and experience more pleasure. This emotional connection is one of the things that makes the human brain and being human so special.  We’re wired to connect, to mirror each other’s desires, and to act on the signals we subconsciously send each other. That is why it is said that sex starts with brain activity. How unbelievably cool.  Even with the power of mirror neurons, your partner (probably) can’t read your mind. This is why it’s important to ask for what you want in bed and keep an open dialogue around your sex life.

It’s Time to Love Yourself This Valentine’s Day

Why Spicing Up Your Sex Life Works, Explained By Science – Sex Positive