Coming Out: 3 Real-Life Stories of Influential LGBTQ Women & How It Changed Their Lives 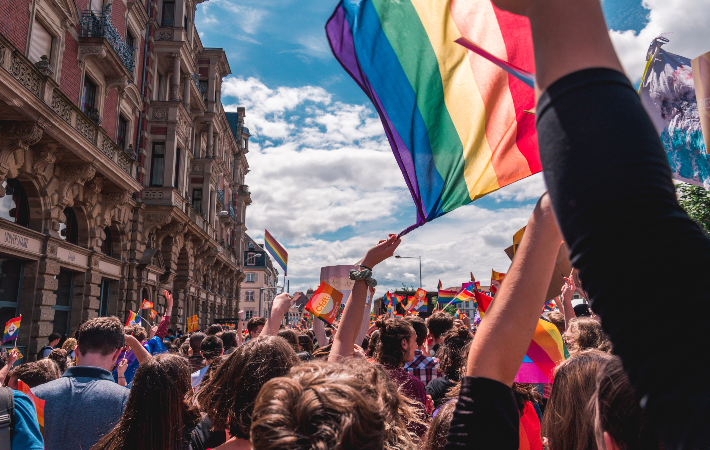 
Coming Out: 3 Real-Life Stories of Influential LGBTQ Women & How It Changed Their Lives

Every member of the LGBTQ+ community knows how important it is for famous people to share their coming out stories. By coming out to the world, influential women can motivate others and inspire change. The more public these stories are, the easier it is to fight for the rights of LGBTQ women and other community members. These stories are always personal and they oftentimes conceal years of shame and not accepting one’s true identity.

In honor of Pride month, here are three, real-life stories of famous women and how coming out impacted their lives, as well as the lives of every member of the LGBTQ+ community.

One of the most influential women in Wisconsin, Tammy Baldwin has been out and proud since 1994, when she came out as a lesbian at age 24. Not only that, but she made history by being the first openly gay woman to get elected to Congress. In 2012 she became the first LGBTQ woman to be elected to the Senate. Following that, in 2018, she won re-election for a second successive term. Tammy Baldwin continues to represent the LGBTQ+ community and empower everyone to fight to be a part of the progress.

The well-known soccer player has stated in interviews that she knew she was lesbian by her first year of college. After dating Australian soccer player Sarah Walsh, Megan Rapinoe came out publicly and discussed her sexuality in 2012 in an interview with Out magazine.

“I felt like I was part of something bigger than myself.” – Megan Rapinoe

In her own words, she has experienced first-hand how athletes are still homophobic and there is a lot of stigma around coming out in these communities. She used her own experience as a means to show representation to other lesbian women and members of the LGBTQ+ community. Megan is now happily engaged to her fiancé and professional basketball player Sue Bird.

Known and loved for her role as Miranda Hobbes in the Sex and the City, Cynthia Nixon is a LGBTQ+ rights and environmental activist. While she was previously only in relationships with men, including her ex-partner Danny Mozes who she has two children with, she is now happily married to her wife Christine Marinoni.

Cynthia started discussing her sexual orientation openly around the time she started dating her now-wife back in 2004. In 2012, she identified as bisexual, but now identifies as queer, a term that to her includes her previously straight identity more naturally. Cynthia Nixon has also involved herself in politics through her candidacy for governor of New York. She continues to inspire other members of the LGBTQ+ community to live their lives proudly.

Famous LGBTQ women sharing their stories and struggles have had a huge impact on the lives of other members of the community. For some, it gives them the courage to sign up for dating websites like Taimi to find love. For others, it gives them the courage to come out to their loved ones. There is nothing better than seeing someone you look up to being honest about their sexual identity and orientation.

The more celebrities decide to come out, the easier it becomes for regular people to live their lives without judgment. These strong women promote women’s rights and equality just by being themselves. They show so many women worldwide that it is okay to be yourself and fight for your dreams. This is why these coming-out stories are so important to share, especially when they come from truly influential women in their respective fields.

The Power of Female Friendships & Making Friends As An Adult